I have a UK bucket list of adventures to complete in the next two and a half months.

Number one on the list: The York Historic Toilet Tour!

I have known for awhile that I'm not the world's only. Google tells me there was a woman in Berlin who started them in 2010, though I haven't been able to trace her. But a few months back I discovered another British colleague operating in York.

On Wednesday I traveled on a ridiculously early train from London to York in time for the 10:30am start. I found the gate where several others were waiting. By the time the tour started there were about ten people. 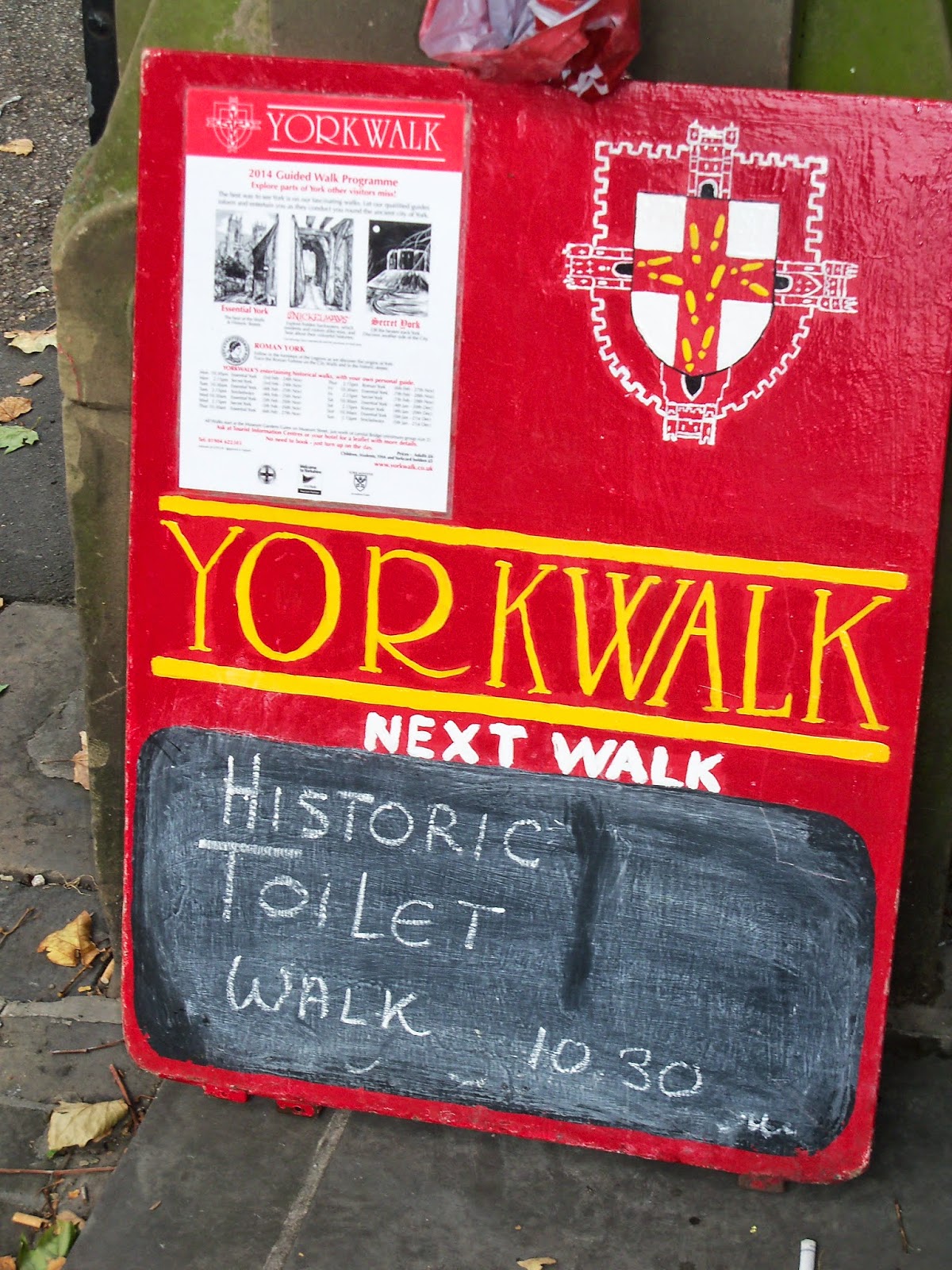 Our guide, Warrick, plunged right in with the puns... "So you're all here for this crappy tour?" He told us straight off that the tour was going to be full of jokes and rude words and that this sometimes offends people. It made me giggle because one comment I used to get early on in my own toilet-touring career was that there weren't enough! I guess you can't please all the people all the time. I won't recap the entire tour here, as it would be very long indeed (and I've got to leave those of you in York a reason to go yourselves!)

We walked to the wall in the museum gardens where he showed us some pictures of toilets and started in with the Romans. Familiar territory there... communal latrines, the sponge on a stick. Roman York had a population of about 10,000.

Then we got into less familiar territory. After the Romans Great Britain was invaded by "a bunch of pesky Eastern European immigrants... called the English." The Angles and Saxons brought with them their own lavatory systems, which usually involved the digging of cesspits.

Up until the 1500's good sanitary practices were maintained in monasteries which continued to have plumbing and encouraged hand washing. Many public toilets were funded through 'Pious Endowments' (Warrick described these as endowments made on a deathbed so people would sit and pray for the soul of the deceased.) Then came Henry VIII and with the dissolution of the Monasteries came the dissolution of the toilets. The sanctuaries of health and hygiene were dismantled and parceled out to the king's favorites.

From there we wandered past the smallest window in York (the window of a Gardrobe!), through some free toilets, and up the walls. In between stops he would jet off in front of the group quite quickly, but when we were gathered the stories continued to flow through the Victorians and into modern York.

We ended near the site of the convenience known as 'Splash Palace' which had been erected at the end of Parliament Street in 1991 and was dismantled several years ago due to its garishness and problems of maintaining the facilities (it must have still been standing when I last visited in 2010, but that was before I was quite so aware of toilets!)

I asked Warrick how he got into toilet tours (I'm always interested in how people start on the subject!) and he told me the first inspiration was a lecture by Andrew 'Bone' Jones who gave a lecture on the subject but didn't have time to develop a tour of his own. His other main source has been Hugh Murray's 'Where To Go in York' written in 2000. It is a 59 page history of the local toilets.

The book is out of print, but Warrick sold copies at the end of the tour, so I'm now the proud owner of a copy. It made for some good reading on the train home.

In the book everything pre-victorian is covered in the first three and a half pages. York went through a similar population expansion to London between 1801 and 1850 with the population  more than doubling. But it seems the consideration of toilets was driven largely by beer. Urinals were erected at every city gate, so that men had no excuse for not passing by them


The book ends with the current state of affairs in 2000 when it was published:


"The current situation is that York now has just 13 public conveniences, six in the city centre (one for the exclusive use of the disabled), five in car or coach parks, and just two in the suburbs. This is a far cry from the heady days of the 19th Century. Whether this is adequate for a city which relies on its visitors for its well-being, only time will tell, but what is certain is that the need will always be there unless the human race can be genetically re-engineered."


It seems things have declined a bit since then. Splash Palace is closed with nothing to replace it, and there are now ten facilities listed on the City of York's website. Yet tourist trade still appears to be booming. You can't turn a corner without bumping into a guided walk of some sort, and the attractions are constantly busy. Perhaps their saving grace is the small size of the town... you can walk one end to the other in 15 minutes or less, so chances are that unless your need sneaks up on you there won't be too far to go.

Another potential saving grace is the friendliness of the people in the city. From a professor of Medieval Latin Literature who chatted with me in the coffee shop, to a woman who stopped to ask me about my knitting, to the friendly fellows of the Fudge Kitchen who entertained me while I took forever to make up my mind... I don't think I've talked with so many strangers in the space of 24 hours in a good long while. I can't see any of them refusing toilet access to the needy.

After wandering around York for the day I had intended to go see a play, but after waiting at the theatre for about 20 minutes I and my fellow would-be audience members were told it was canceled. I went back to wandering the streets hunting for abandoned toilet sites until I was eventually adopted by one of York's Ghost Walks (www.theoriginalghostwalkofyork.co.uk)

Mark, the tour guide, was great fun. It was a slightly more historically grounded ghost tour than a lot of the others I have been on, and he had both a great storytelling technique and brilliant crowd control skills.

In a funny crossover, George Villiars, Duke of Buckingham featured on the tour, haunting a pub by the river. His highness gets a passing credit on the Loo Tour as the owner of a stunning watergate, now landlocked by the Embankment which was built to house the sewer system. Apparently when he died it was his wish to be buried in York, but the King had other ideas, so his body was interred in London. But that didn't stop him from going back to haunt the Cock and Bottle pub which stood on top of a piece of land he once owned. 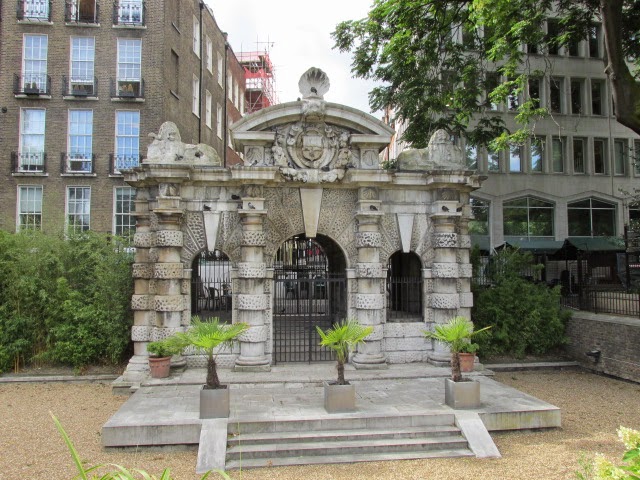 Posted by Rachel Erickson at 10:06 AM