Thoughts scribbled on a napkin in a Vietnamese restaurant in Barcelona… 11pm.
Un-edited. 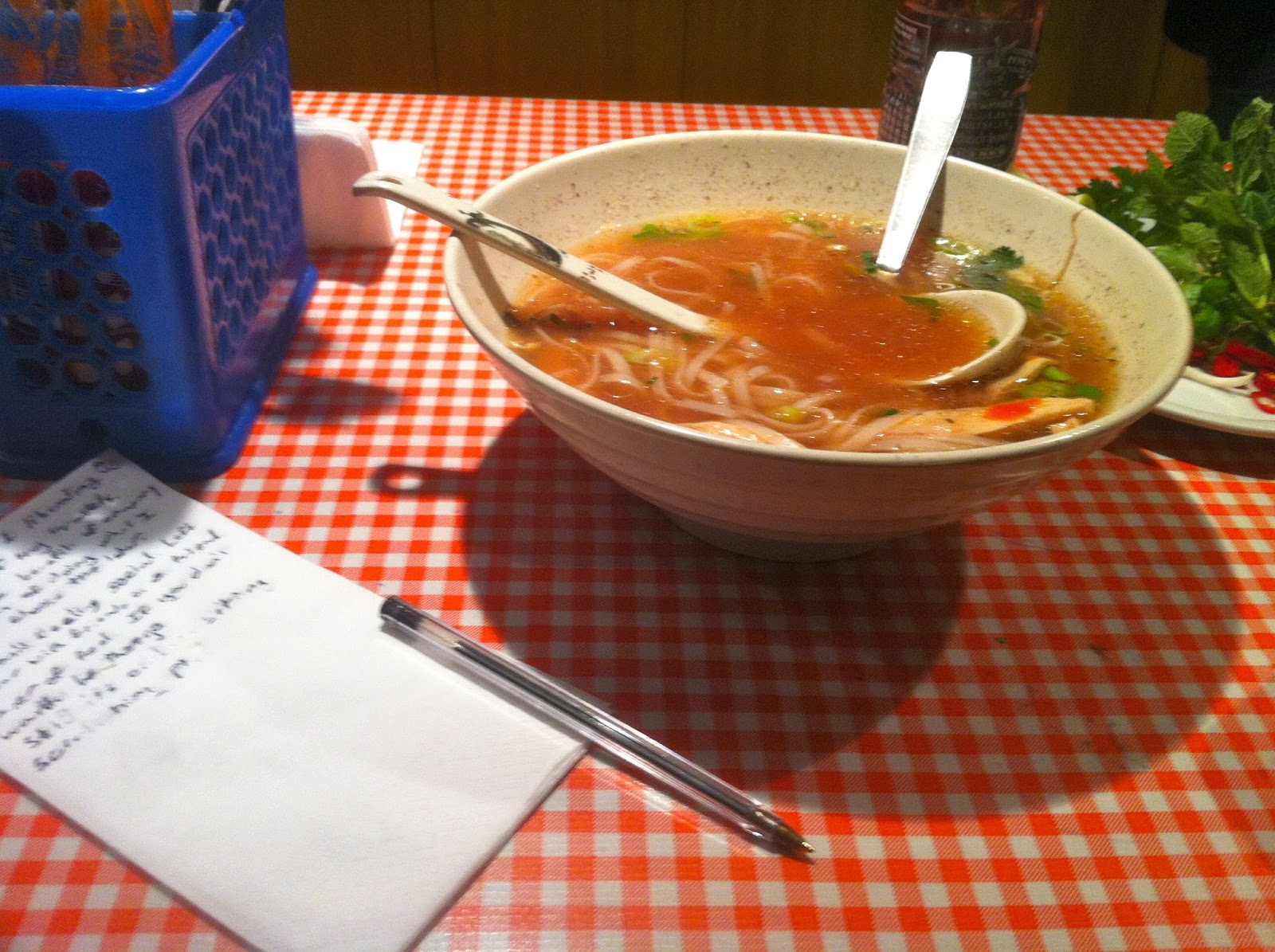 I have never been out for a meal by myself before.

Cafes, yes. Takeaway yes. But  actually sitting down and ordering proper food that will take time to prepare and more time to eat and more time waiting for the bill… never. An odd realization that it has taken more than a quarter of a century for me to do this.

Is it that it feels odd because I don’t do it?
Or does it feel odd because it is in fact an unusual thing to do?

No one else here is alone. The four friends on my left are talking (in English) about South Park and Downton Abbey.  The girls on my right are speaking Catalan, so no idea, but they look like a birthday… one of them is obviously the woman of the hour. Just me then. Do they notice me as much as I notice them, or are they too busy for noticing?

When the appetizer arrived I left the plate in the middle of the table as I normally would, leaving drippings of sweet and sour sauce across the table as the spring rolls made the long journey to my mouth. Half way through the first one it struck me how silly this was. They are all mine… no phantom friend to share them with. I moved the plate closer. All mine.

It’s both sad and liberating. Like many of the things in my travels… and my life, I suppose. Weighing the benefit of company vs. the freedom of doing what I want the later often wins. But with it comes solitude.

It’s bitter sweet because I had expected company tonight. A whirlwind hello with a friend passing through a foreign country at the same time as me. We met, along with other friends and friends of friends. They went to a bar. Not my scene and not my people. I stayed long enough to be polite (I hoped), and then the law of my own feet took hold. The most important thing I have learned… if you don’t like where you are change it. Staying won’t make anyone happy.

So alone like often. Not by choice but by default.

Is it wrong that I’d rather be sitting alone scratching philosophical drivel on a napkin with a drying out ball point pen than getting drunk and discussing it? No. Unusual maybe. I’m not unhappy or happy. Just being.

Later thoughts: Not written on the napkin.

A friend recently shared this scene from Luis Bunuel's "The Phantom of Liberty" with me... strangely appropriate in conjunction with taboos and social norms. I'm like the man at the end in more ways than one I guess.

Posted by Rachel Erickson at 4:10 AM