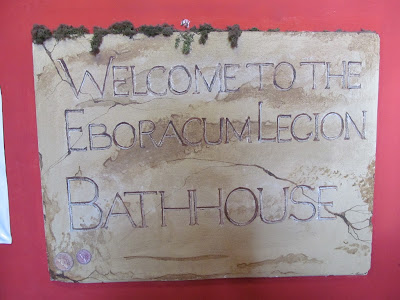 York's Roman Bathhouse, which claims to be the city's oldest attraction is tucked away under a pub in the corner of Sampson's square. It's a cozy little museum that takes less than 15 minutes to visit, but well worth every penny of the £3.50 entry fee. 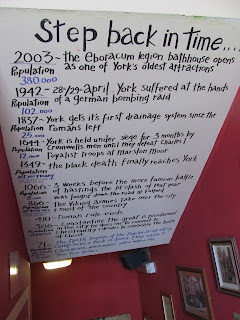 The bathhouse was part of a roman fortress and would have been used primarily by Roman soldiers from about 300AD through the 600's.

It was discovered in the 1930's during renovations on the upstairs pub, which had suffered fire damage in 1929. In 2003 it opened to the public as the cozy little museum it is today. Archeologists estimate that there are probably a further 9000 square meters of the bath house still buried, but excavation in the near future is unlikely.


I talked yesterday about the full toileting experience... the Romans certainly took this to the extreme. One sign in the exhibit (which went into great detail about how the Romans wiped their bottoms with communal sponges on sticks) claimed that in at least one toilet a platform for musicians had been discovered, though the guide wasn't able to tell me anything more about this.

The main part of the museum is the CALADRIUM, the hot steam room, where you can see the remains of the pool and the foundations which supported it over the steam chamber. The water was heated by means of a furnace underneath which warmed the stone floor so soldiers had to wear wooden clogs to keep from burning their feet.

The TEPIDARIUM contained a warm bath, heated in a similar manner to the Caladrium.

Finally the FRIGIDIUM did pretty much what it sounds like... it was the cold bath in which to cool off at the end of the process. 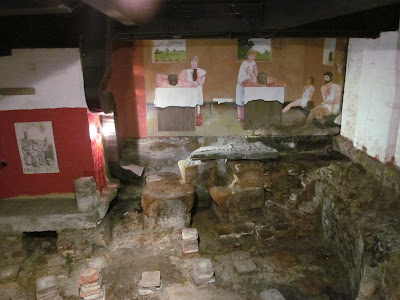 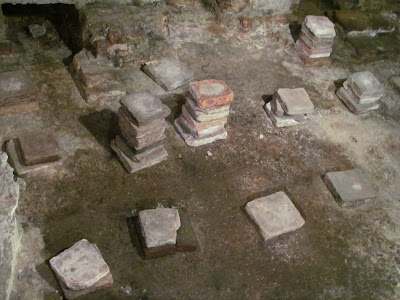 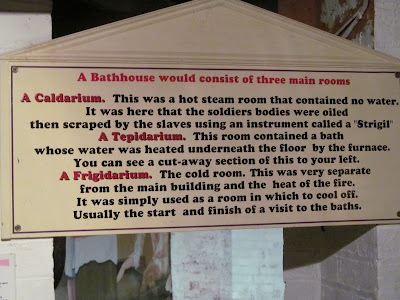 The bathhouse was connected to a sewer network, the remains of which can still be found around the corner on Church Street. Sadly these are not open to the public, though descriptions paint lively pictures of Vaulted roofs and red and green sandstone. After the Romans sewers seemed to have disappeared from York until the 1830's, but not a great deal of information is readily accessible. There's a bit of roman history here.


After the Bath House I wandered the wall, which is obligatory on any visit to York. It took me to the Richard III museum, the highlight of which, of course was the Gardrobe (a reminded of what people did during the un-sewered period.)